With their 54 combined years in the industry, Mike & Pam Young have a stellar reputation in the world of fine shotguns and rifles.

Before the days of Alamo Sporting Arms, Mike and Pam lived in Pennsylvania. Mike worked as a gunsmith at Krieghoff International and Pam in legal work where, due to serendipitous events, Mike and Pam met and fell in love.

Mike’s craft was honed and eventually brought to it’s full potential when Mike was sent to train at Krieghoff GmbH (Germany). Before he was allowed to work on anything at the factory, he was assigned the arduous task of building from scratch his own gunsmithing hammer using only specifications written on a piece of paper and a hunk of steel.  This prized possession engraved with its completion date; 11/13/90 is symbolic of Mike’s dedication to his craft and work ethic. To this day NO ONE is allowed to touch it. 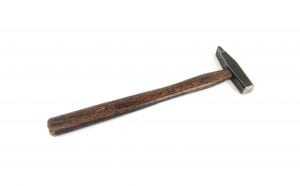 Pam became smitten with the gun industry when she and Mike moved to Florida to work at a gun shop, where she sharpened her sales skills and became their sales manager. Pam’s expertise in the world of fine firearms is bar none.

In August 2008, Mike and Pam purchased Alamo Sporting Arms. Through hard work, determination and a reputation for honesty, they transformed a small gun shop into one of the largest Krieghoff and Blaser dealers in the nation. The rigorous training Mike experienced while in Germany bestowed Alamo Sporting Arms the prestigious title of Krieghoff Factory Authorized Service Center given to only three dealers in the United States, one of which is Krieghoff International.

In addition, Alamo is a Blaser Factory Authorized Service Center and recently introduced the fine line of Luciano Bosis shotguns to fill the gap of bespoke over/under field shotguns that are not offered through Krieghoff or Blaser. For their big game hunting clients, Alamo offers Blaser and limited Swarovski Optics. “When you buy from Alamo Sporting Arms, you’re buying from us, Mike and Pam Young, nobody else. This isn’t just our livelihood, it’s our lifestyle.”

Mike is the creative genius behind their latest engraving collections: 2015’s Element of Time, a gun bespoke with working clock mechanisms Insert image. The Battle of the Alamo, a historically accurate depiction of the events that occurred in 1836, in the early stages of Texas’ war for independence from Mexico. The Old Las Vegas, a custom order from a client who lived in Nevada. The da Vinci K-80; Krieghoff’s 2018 Gun of the Year which honors Leonardo da Vinci on the 500th anniversary of his death. Pam is quoted in Clay Shooting USA’s article celebrating this achievement “We are passionate about what we do, especially these custom engraved guns. We love to see them go from conceptual idea, to thoughts on paper, to sketches, to finished product.”

Alamo Sporting Arms one on one personal attention and hands-on customer service are the keys to their success. This is prominent when Pam and Mike attend sporting clay, trap and skeet shoots around the country. They travel with a custom trailer outfitted with work benches in the rear for Mike to perform his gunsmithing and a showroom up front that displays their craftsmanship. Family owned and operated, their store front located northwest of San Antonio in Boerne, is open by appointment only. Alamo’s custom shop is located on 24 acres where Mike performs his gunsmithing magic. They will soon be adding clay target machines and a rifle range, perfect for clients to test their new custom shotguns and rifles. Mike and Pam are excited to announce the newest addition to the Alamo Family, a springer spaniel named Abbi coming soon.